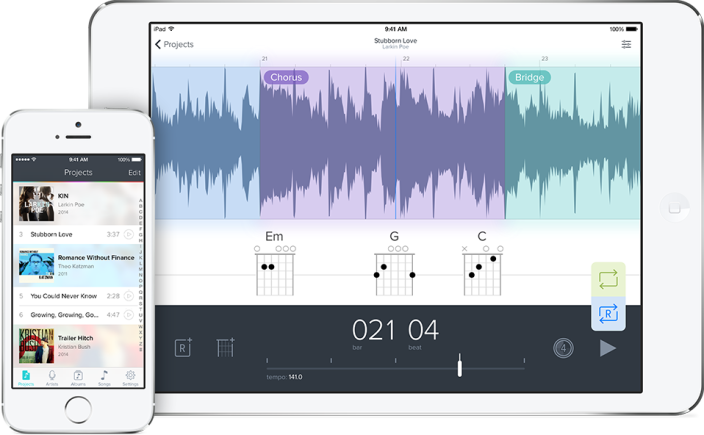 Earlier this year we showed you Capo, the software that turns your iTunes library into songs you can learn to play on guitar, when version 3.0 of the music learning software for Mac was  released.

Today SuperMegaUltraGroovy is releasing the first mobile version of that powerful software for iPhone, iPad, and iPod touch, and the developers are updating the Mac version with brand-new features as well.

Using Capo touch on iOS is as simple and easy as you would expect featuring super fast access to music stored locally on your device with cool features like the ability to speed up and slow down music as well as suppress the vocals of a song to focus on the music.

I’ve covered App.io a few times in the past. The service, which allows app devs to deploy fully useable HTML5 demo versions of their native iOS apps on the web, first launched under the name “Kickfolio” back in 2012. The goal for the company was originally to let devs bring demos of their apps to promotional webpages and it eventually expanded the platform to include Facebook and other channels. Today, and around 2 million interactive app demos later, the company is announcing that it’s bringing those same app demos directly to mobile devices as interactive ads.

The ads go a step beyond the interactive app-like experience that Apple promised, but never quite delivered, with iAd, and allows users to play a demo of the app before deciding to purchase/download or even visit the App Store at all. The ad starts off as a banner or like any other ad but turns into a demo version of a native iOS app that is fully playable for a set period of time before prompting the user to visit the App Store. The company tells me in its initial tests it saw “3-5x higher conversion rates than normal mobile ads.”

Apple has purchased Burstly, the company behind the popular iOS beta testing platformTestFlight, according to TechCrunch. The site says its sources have “pointed in Apple’s direction” and that though it’s just a rumor at this point, it would make a good fit.

TestFlight said on Wednesday that it would be discontinuing its Android product and it will no longer take new customers for its beta testing SDK — existing customers can continue using TestFlight, however. 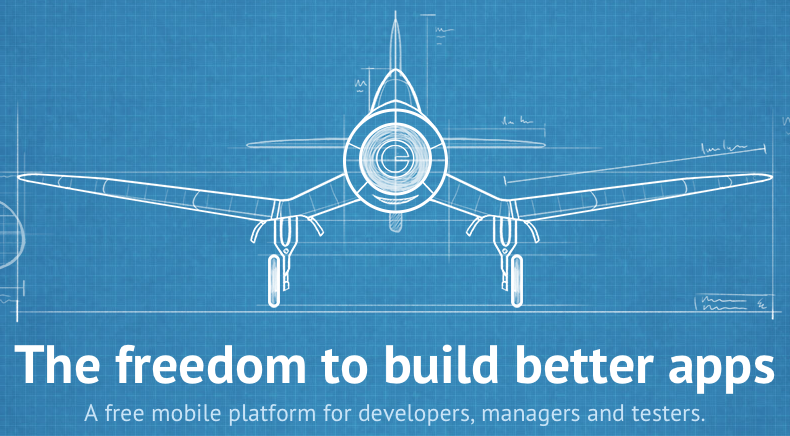 Odder still is how these product announcements – which greatly impact the company’s mobile developer user base – have been handled so far. There’s been no mention of them on the TestFlight changelog, for example, no company blog post, no emails, and no mention of them on social media channels – that is, unless you count the replies to confused developers from @testflightapp, the company’s main Twitter account. Developers are being asked to reach out directly to the company via an email form instead of being given a more useful public reply.

There are a number of different beta testing iOS platforms, including TestFlight andHockeyApp, though a number of larger developers have created their own testing platforms through Apple’s Enterprise distribution program.

iOS engineering vice president Henri Lamiraux has retired from Apple after 23 years with the company. His retirement last month is mentioned on his LinkedIn profile and wasconfirmed by Lamiraux himself to 9to5Mac.

He says that he retired from Apple a “couple of weeks” ago, following the release of iOS 7.0.3. Lamiraux decided a “little while ago” that iOS 7 would be his last release.

Sources within Apple’s iOS division say Lamiraux is respected and he was in charge of developing the applications that come with iOS. The executive also led feature-implementation across the operating system, and he managed both bug-fixing processes and feature distribution to consumers. He also managed the frameworks within the operating system that power features and allow developers to build applications.

Lamiraux joined Apple in 1990, spending ten years as a Mac OS and later OS X software engineer before being promoted into more senior positions. He moved over to iOS in late 2005, more than a year before the original iPhone was shown to the public, and served in several managerial roles, culminating with his being named Vice President of Software Engineering for iOS Apps and Frameworks in September 2009.

It appears that Apple may be planning to discontinue the Cards app that it first released for iOS in 2011. Opening the app with devices running both iOS 6 and iOS 7 results in the following message: “The Cards service is no longer available.”

The Apple.com page for the app has also been removed, now redirecting to iPhoto ’11 for the Mac. 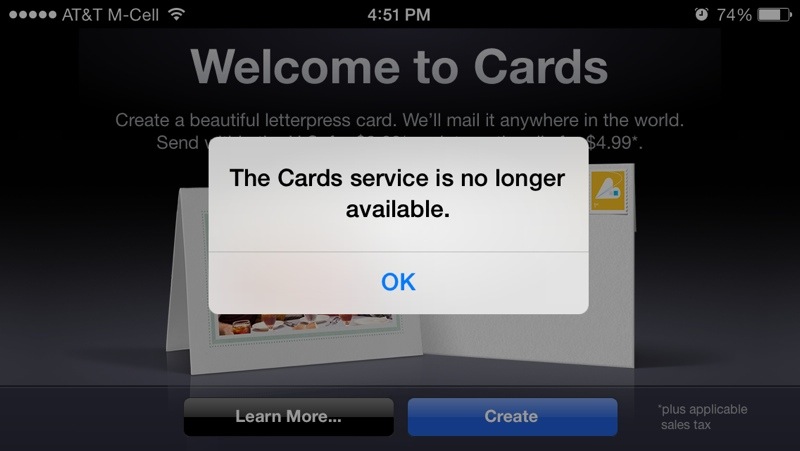 Cards, which initially debuted alongside the iPhone 4S, was designed to be an iOS version of the greeting card creation service found within iPhoto ’11. The app allowed users to create a card, which was then printed, mailed, and sent directly to the recipient by Apple. Cards sent within the U.S. were priced at $2.99, while cards sent elsewhere were priced at $4.99. postage included.

While it is unclear whether or not the app will be revived with an iOS 7 update, the wording indicates that it will be quietly pulled from the App Store. Currently, while new cards cannot be created or sent, old cards can be viewed.