Over the weekend, several photos surfaced reportedly showing details on manufacturing molds for the iPhone 6. While the manufacturing mold photos left it unclear as to the size of the device body it would yield, a new photo shared by Nowhereelse.fr shows a nearly identical mold with an iPhone 4s placed next to it for comparison. Calculations based on the comparison suggest that the mold could in fact yield a device with a display of roughly 4.7 inches, in line with the rumored size for the smaller of the two iPhone 6 models. 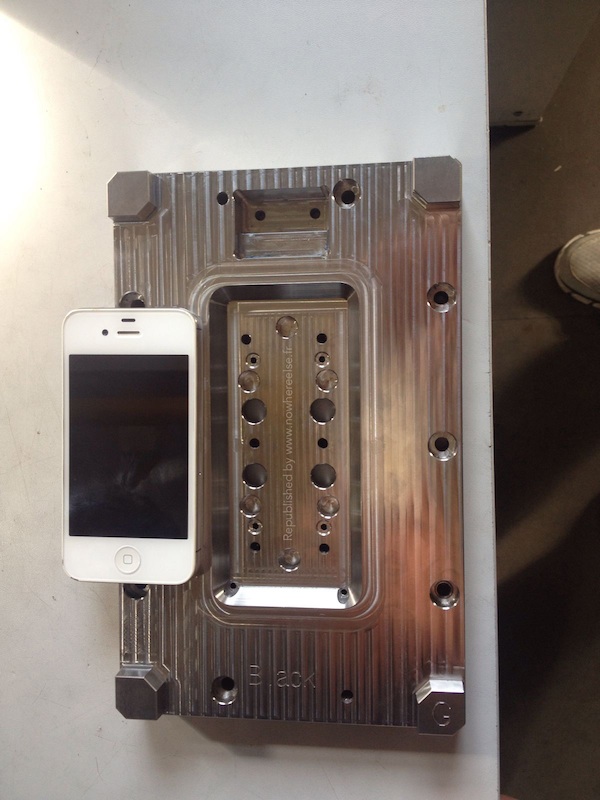 One source of uncertainty lies in the shape of the mold, which is tapered. ButNowhereelse.fr believes that there are additional pieces yet to be attached to the bottom of the mold, pieces which would result in the iPhone’s body being formed at the wider portion of the mold depression.

By superimposing and resizing an iPhone 5s image into the mold and aligning it with the wider portion of the depression, Nowhereelse.fr determines that the device’s screen would be roughly 12 centimeters or 4.7 inches diagonally. 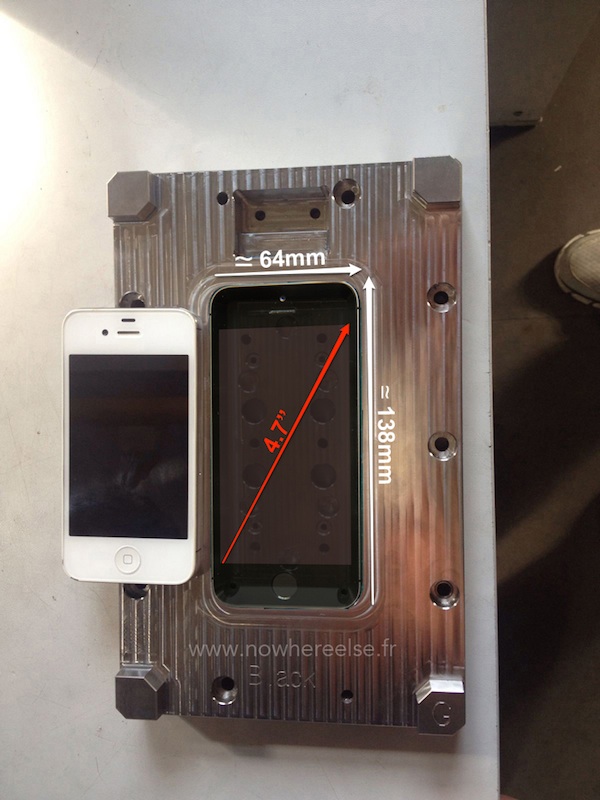 Apple’s iPhone 6 is expected to launch later this year, with the 4.7-inch model perhaps preceding an even larger 5.5-inch model by a few months. Jefferies analyst Peter Misek today reported that Apple is negotiating with carriers for a $100 price increase on the iPhone 6 as the device gets larger and the company packs more technology into it.