Apple is planning on creating an R&D team to develop baseband chips, which are used to control a device’s radio functions like modulation, signal generation and more, for future iPhones in-house, according to a new report from DigiTimes. The baseband chip is separate from the A7 processor, which Apple already designs with an in-house team. 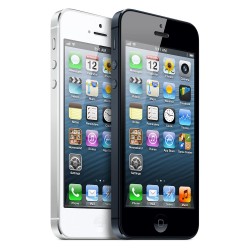 Qualcomm is currently the company that Apple acquires its baseband chips from, although they’re produced in mass quantities at Apple manufacturing partner Taiwan Semiconductor Manufacturing Company.

Recently, Apple has made moves to bring more chip development in-house, including rumors of an effort to purchase a unit of Renesas Electronics that creates chips for smartphone displays. It also acquired low-power wireless chip provider Passif Semiconductor, whose chips could be used to improve battery life in wearables, like Apple’s rumored iWatch.

The moves are a part of Apple’s effort to control its own production supplies and core technologies, and include partnerships like Apple’s deal with GT Advanced, which will provide the Cupertino company with massive supplies of sapphire displays.